Lighting change at Staffangymnasiet in Söderhamn

Lighting change at Staffangymnasiet in Söderhamn 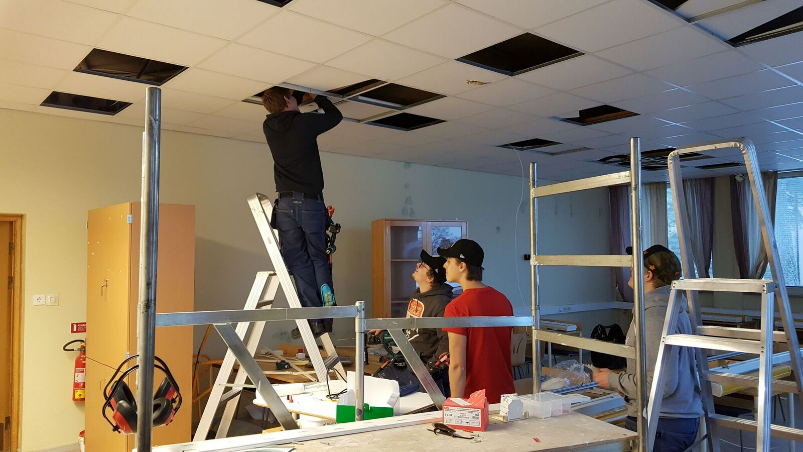 Between October and November 2017, students from Te15 (technical students) that participate in GAIA, equipped seven classrooms in one of Staffangymnasiet´s buildings with Raspberry Pis. The devices monitor temperature, noise, luminosity, humidity and motion. On December 2017, the same students analyzed the measured values ​​from one room regarding lighting. They were looking for ways to save energy. They found that very little energy could be saved with existing equipment. The lights were almost only lit when they were needed. Instead, they suggested replacing existing lighting with an energy-efficient variant. Ten students from the Electrical program were then tasked with replacing existing fluorescent lamps with LED panels.

The procedure started at the end of December and were finished in the beginning of February. This has resulted in the power consumption decreasing from 1400W to 300W when the lights are lit. Since the lights in this room are illuminated approximately 500h per year, this gives a potential saving of approximately 550kWh/year, for that room alone. 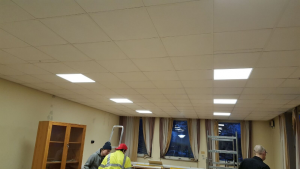 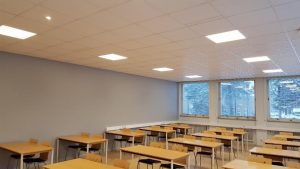 This activity, kick-started by GAIA, was so successful that at this moment all lighting in the school is being replaced. In this case, this work is not done by students. The project will lower the school’s installed lighting power from 155kW to approximately 70kW. The new lights are self-adjusting and are equipped with motion sensors, so they automatically lower their power to only produce as much light as needed in any given time and turn off when not needed. The expected energy saving estimation, on top of halving the nominal power consumption, results to 70% – 80%.

Below you can see photos of another room in the process of getting new lights. 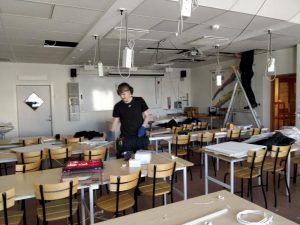 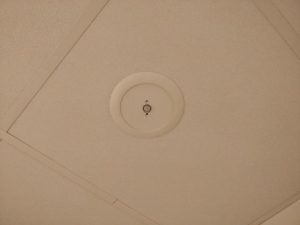 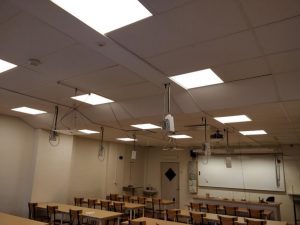 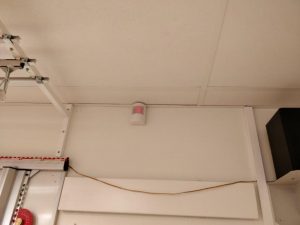 This site uses Akismet to reduce spam. Learn how your comment data is processed.

Installation at the Primary School of Rio

GAIA Workshop in the frame of HiSTEM2016 conference

A meeting in Vienna

GAIA Workshop in the frame of HiSTEM2016 conference

You can find out more about which cookies we are using or switch them off in settings.

This website uses cookies so that we can provide you with the best user experience possible. Cookie information is stored in your browser and performs functions such as recognising you when you return to our website and helping our team to understand which sections of the website you find most interesting and useful.

Strictly Necessary Cookie should be enabled at all times so that we can save your preferences for cookie settings.

If you disable this cookie, we will not be able to save your preferences. This means that every time you visit this website you will need to enable or disable cookies again.